We go back after getting the original video footage of this famous UFO in Turkey back in 2008, we have had this footage many years but did not have the software to do much closer examination, now we do!.  So join us as we go through a VIP exclusive video and run it in anti shake, filters and more tricks, see how much more we can pull on this genuine UFO Spacecraft which shows aliens looking through the viewing window as the moonlight highlighted them.

Below is some stills which are pretty much self evident we show more on the Slaveplanet.net VIP Sections but this serves as a good sampler and shows very clearly the viewing area and how this same craft had been watching through 2008 - 2009 and seen..

In the VIP Sections we show and connect dots and explain all this UFO relevance to the ongoing earth enslavement as indeed we are being invaded not in the traditional War of the Worlds film way, indeed these aliens and hybrids are way to smart to destroy the very object they want, but do it by stealth and a slowly slowly approach as we reveal in articles and videos in the VIP members club, as its way to hot to be on any public media outlet.. 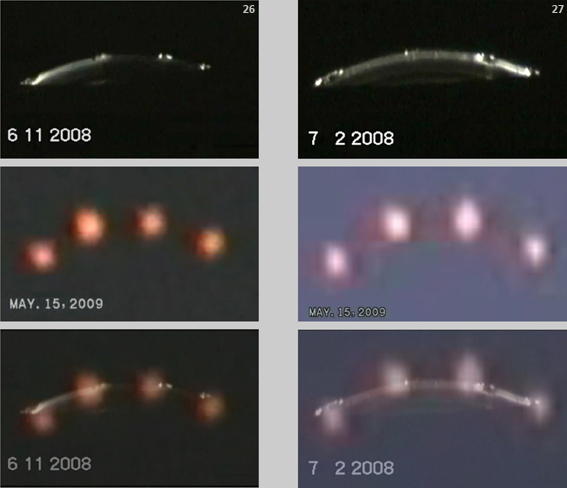